For the foundations the architects & builder wanted solid rock & so the JCB/pile driver started. They went to different depths & had about finished when Louise & I turned up on site for our regular visits to find the digger driver somewhat unnerved!
Although we’d had a site survey done before we bought the site & the architects engineers had done a thorough survey again whilst planning the founds, the pile driver had suddenly disappeared into a large fault in the rock which turned out to be the entrance to a natural underground cave.
Vaour is well known for its caves – there are some from the post office next to our old house which went into the park next door & also up to the Commanderie on top of the hill. There’s one from the back of the church which goes down under the gendarmerie etc. But this one was completely unknown to the spéléologues/cavers around here.
Luckily we know a local caver & he turned up over that weekend with a plan of the other caves + a team from Albi & down they went. They mapped it out, measured it & tried to connect up with other caves. There’s fresh air but all the tunnels have been blocked over the years with debris, but they’re sure that they could get through in time. Talk about being excited! Them rather than us!!!!
The whole village has been to admire, laugh & commiserate with us!
It drops about 10 m & then branches out under the house but deep enough not to be a problem. The real problem is what to do with it–no more suggestions thanks, we’ve heard them all.
It’s at the very extreme corner of the garage & the garage is fundamental to the access & flow of the house. It can’t be moved.
We’re getting close to a solution but it’s Christmas & New Year now & the builders & architects are taking this week in between as holiday.
It looks as though we will sink a circular concrete drainage pipe down into the entrance, fill in around it & then cap it so that it can be accessed if necessary. The problem is stabilising this without impacting on the build. The other problem is additional cost, but we have no choice.
We’ve attached some photos of the entrance, some from inside (we really love the formation which looks like ray fins) & some plans. Millions of years evolution here!!!
The cavers are still busy at it before we start the work. 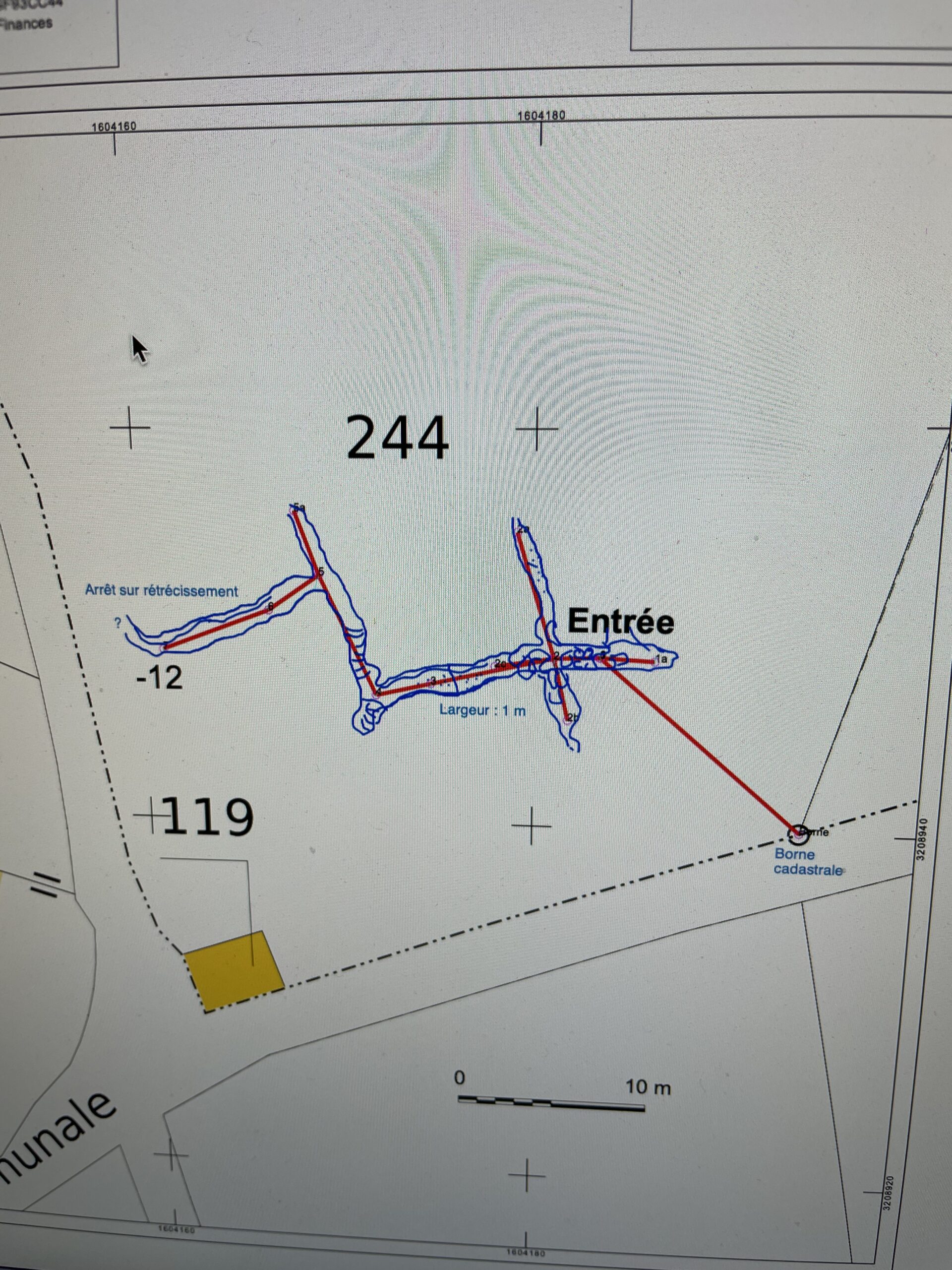 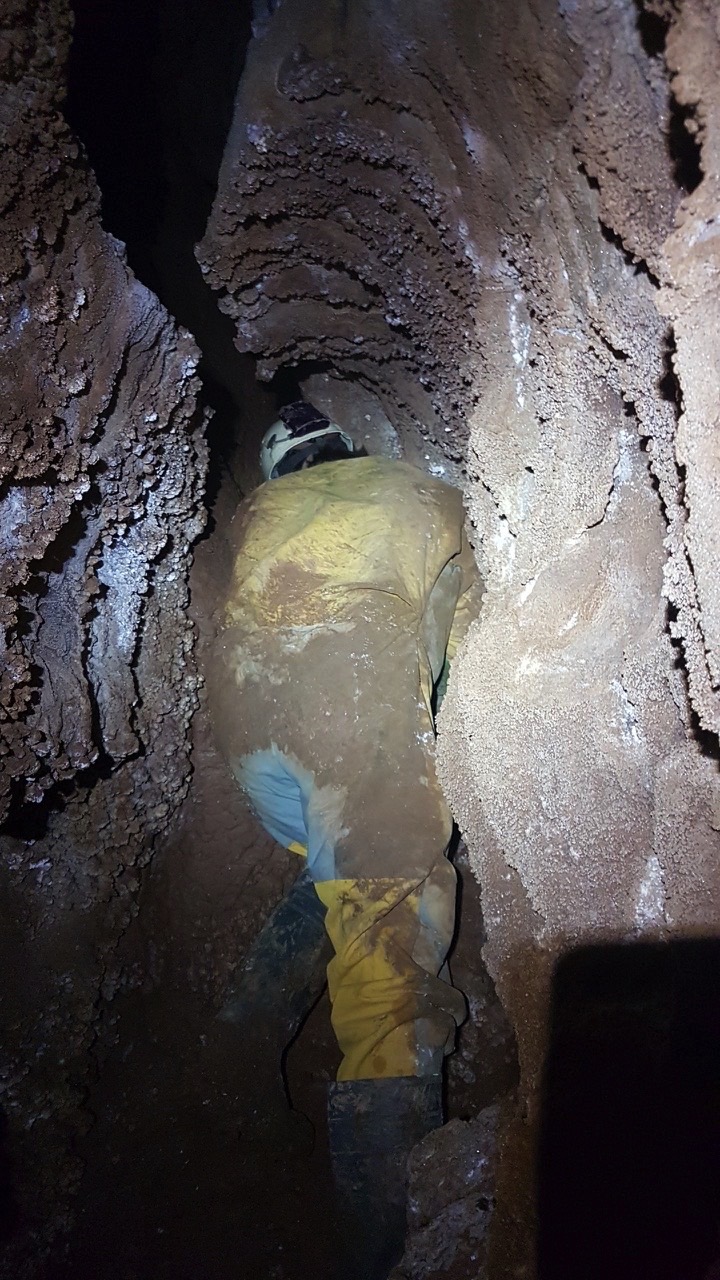 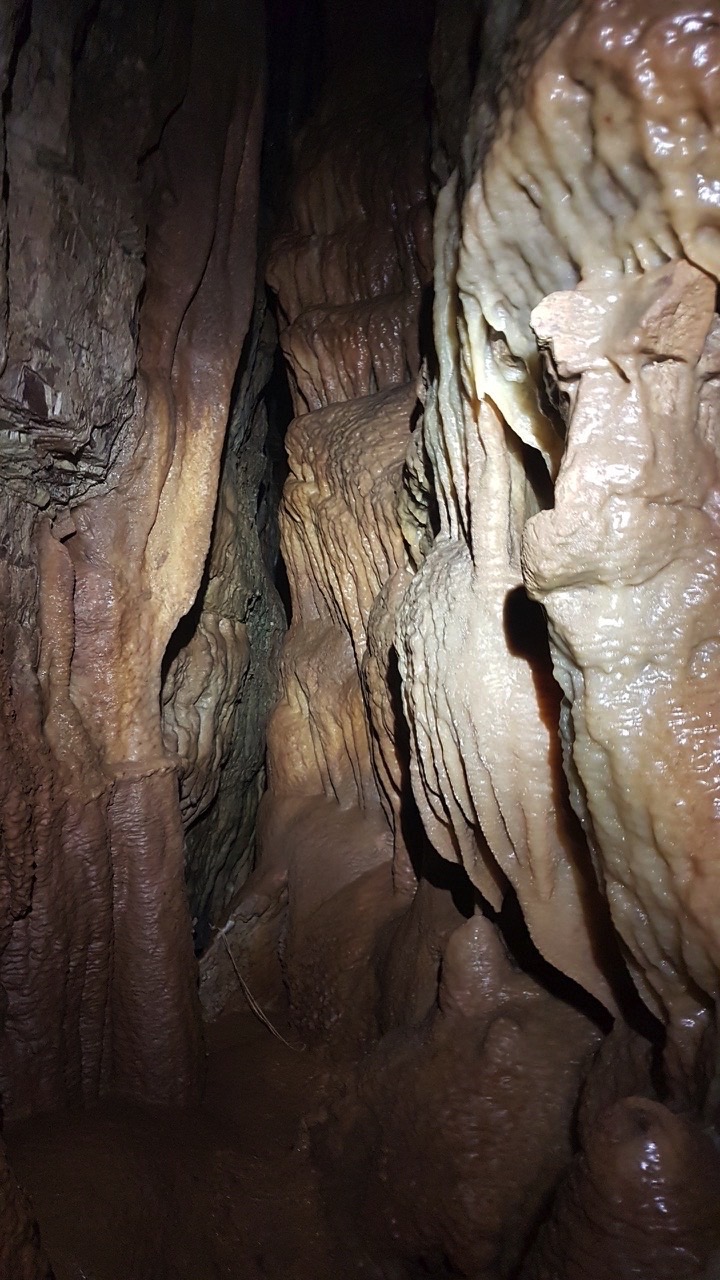 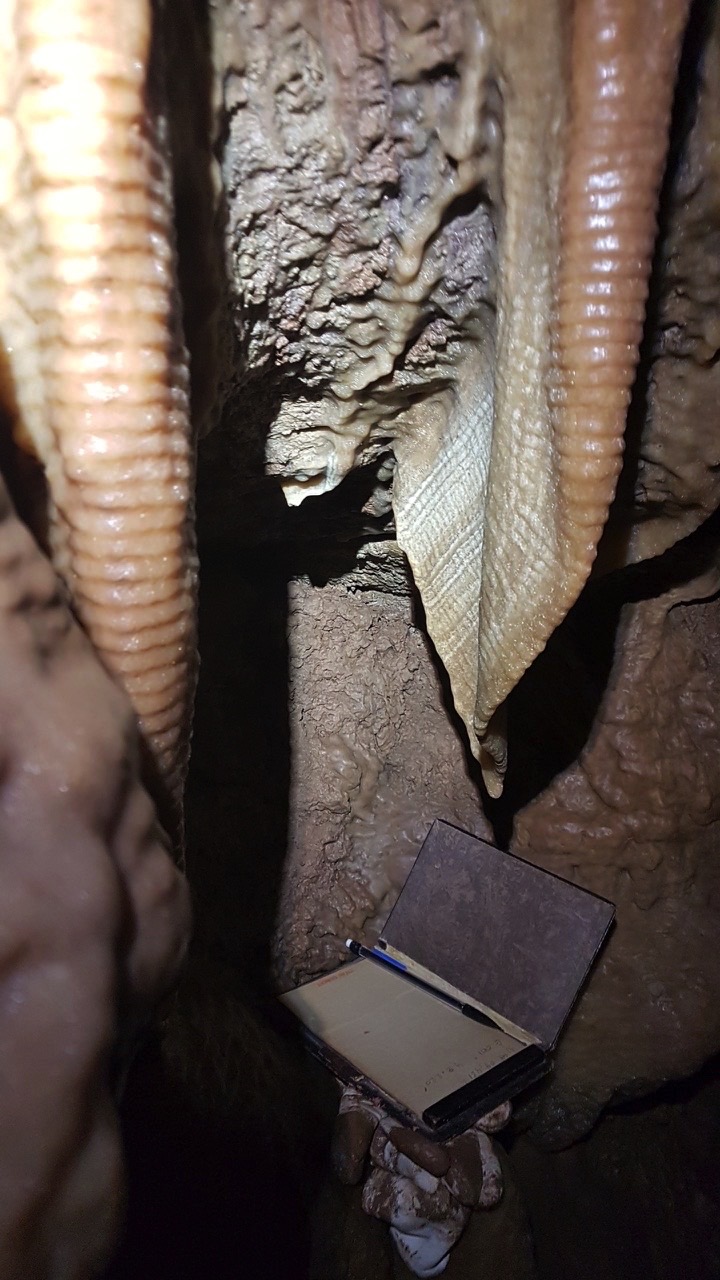 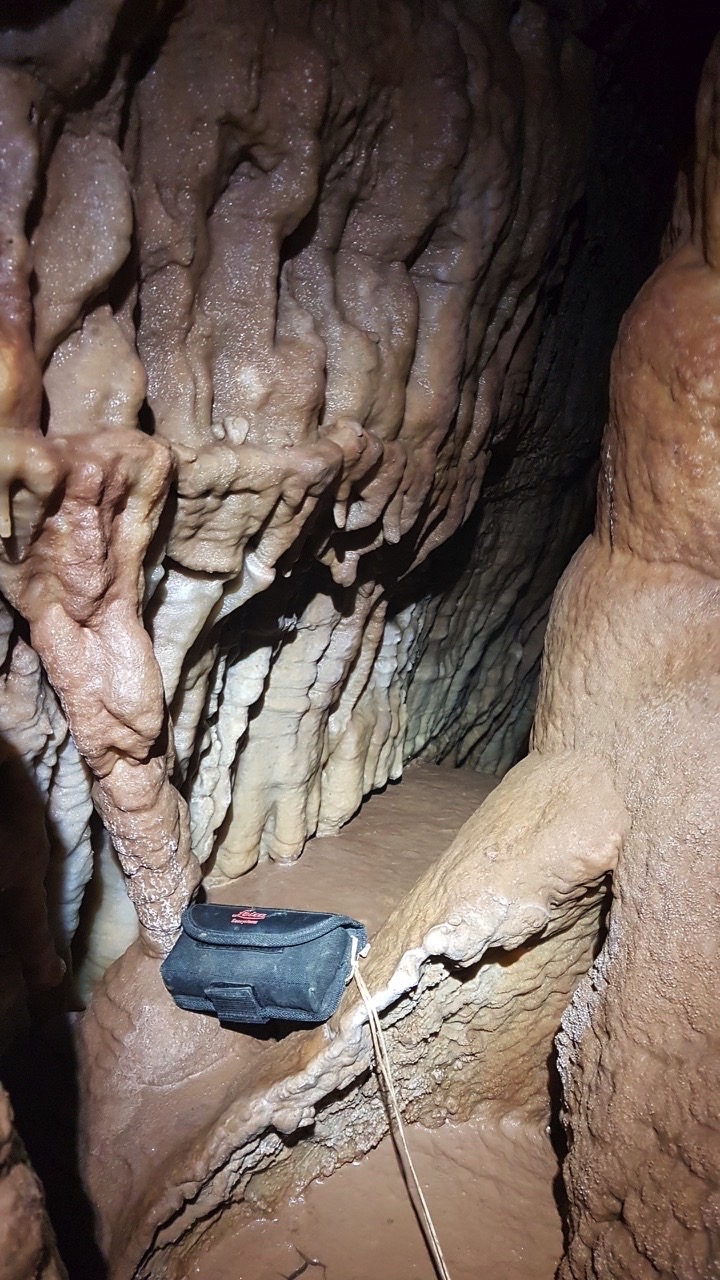 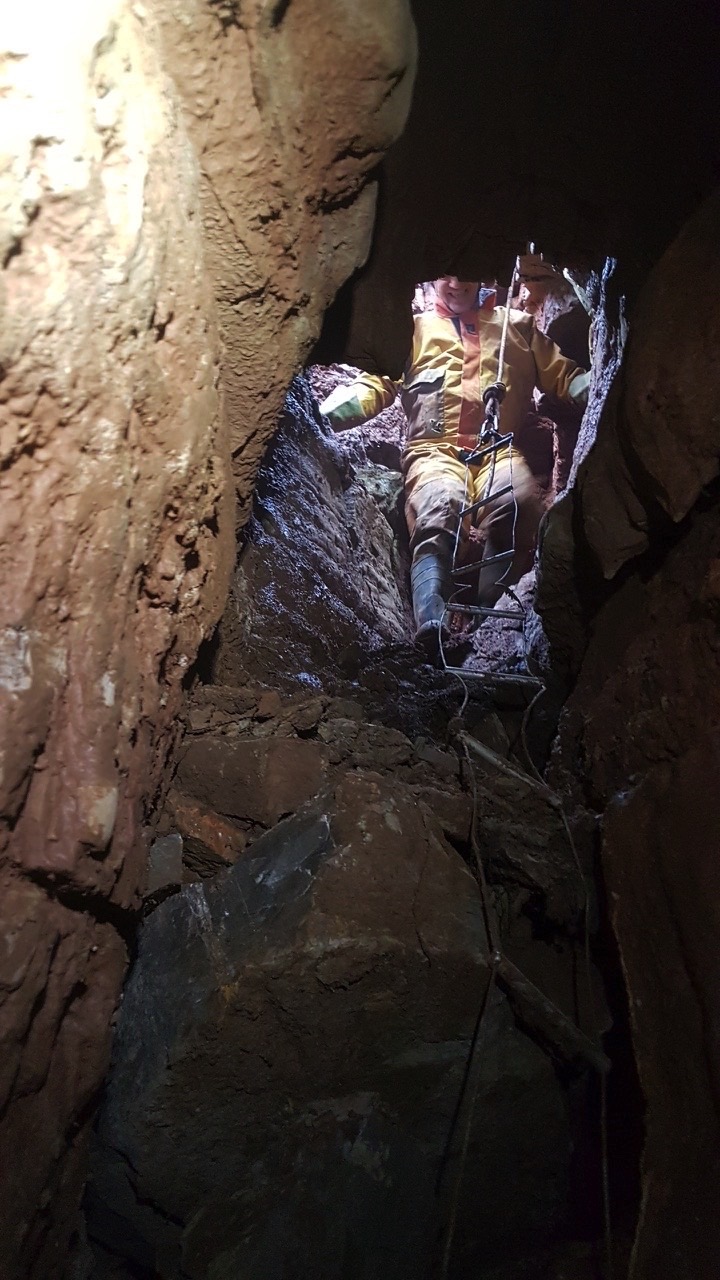 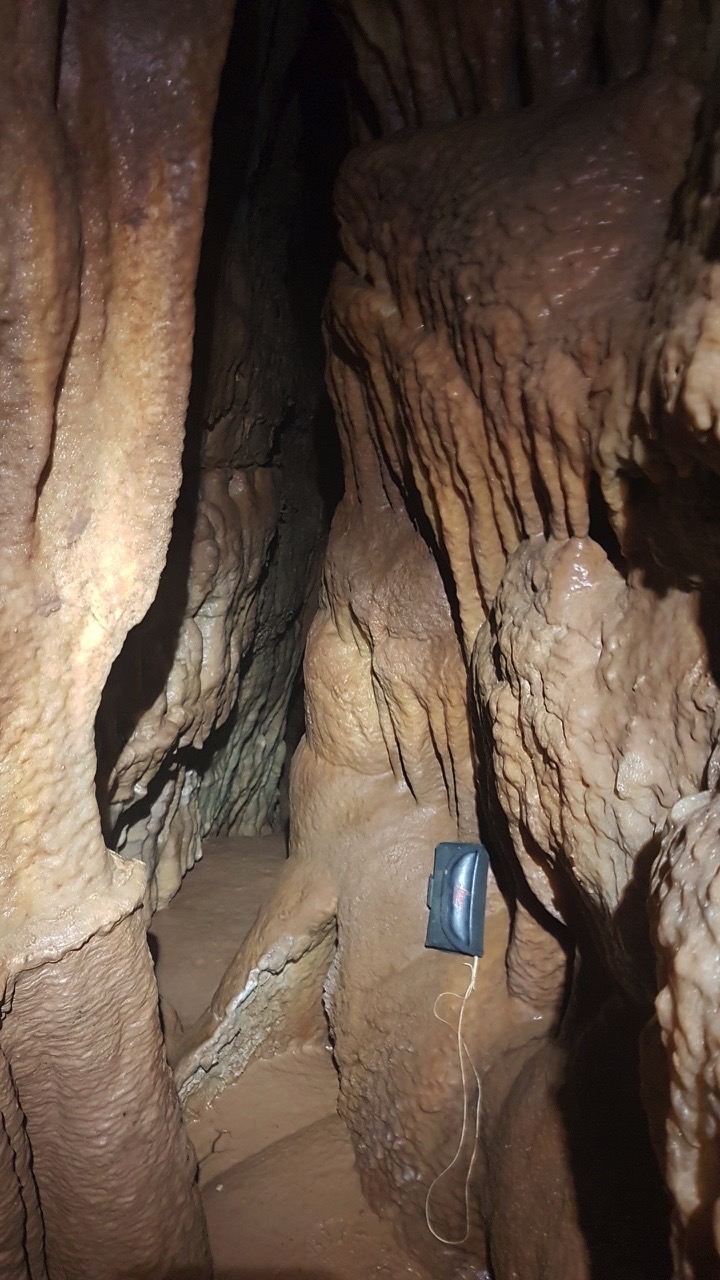 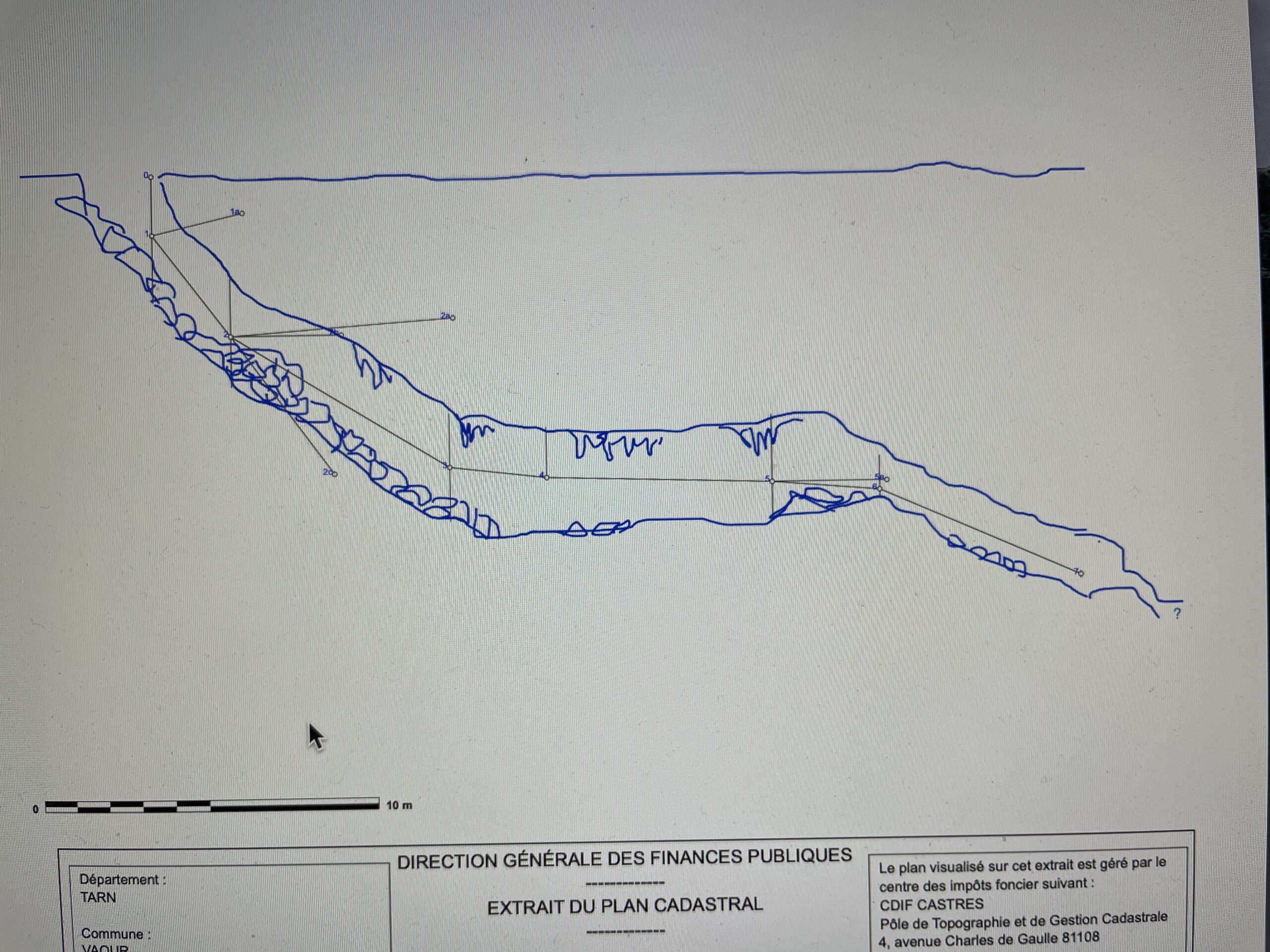 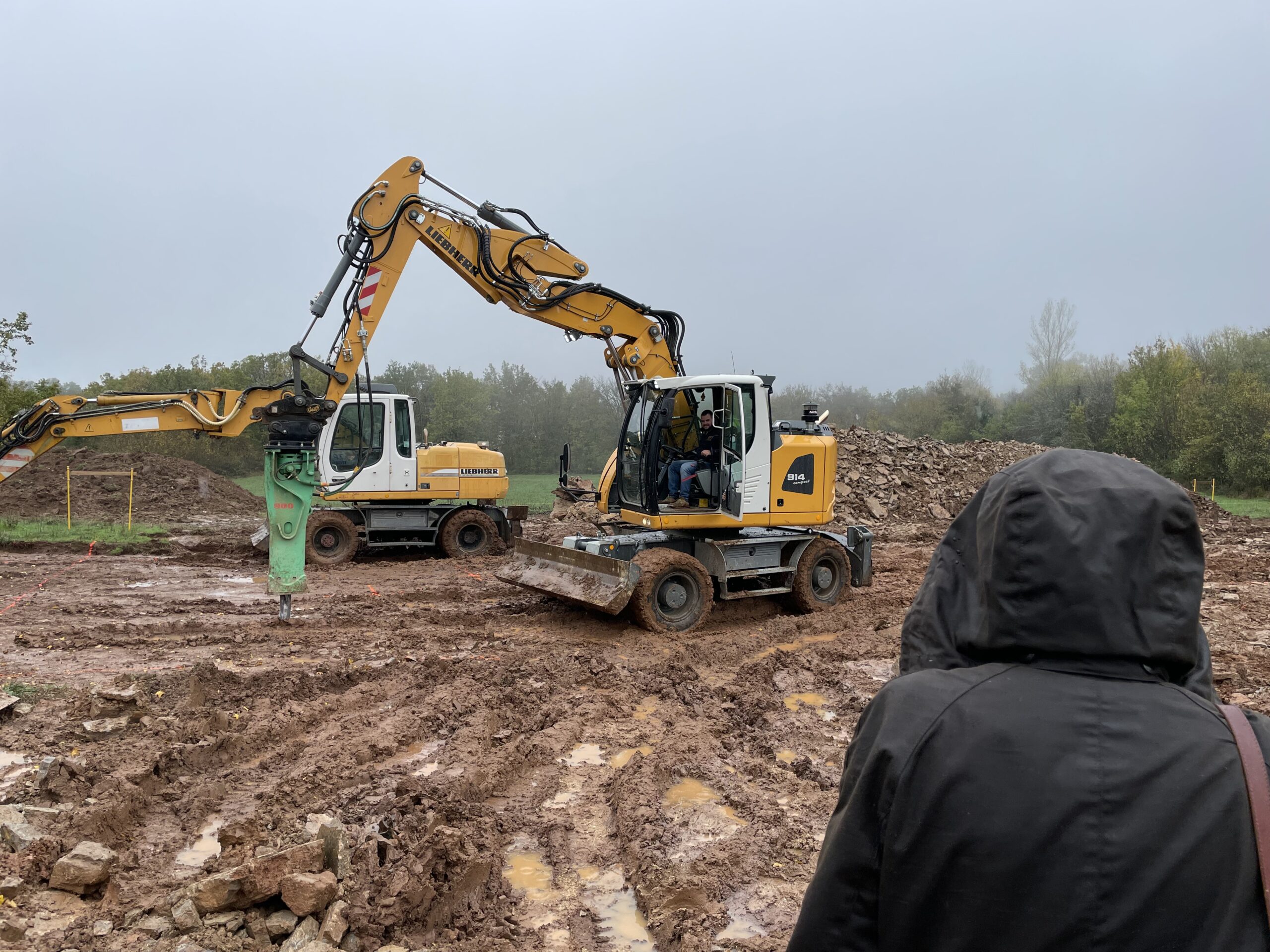 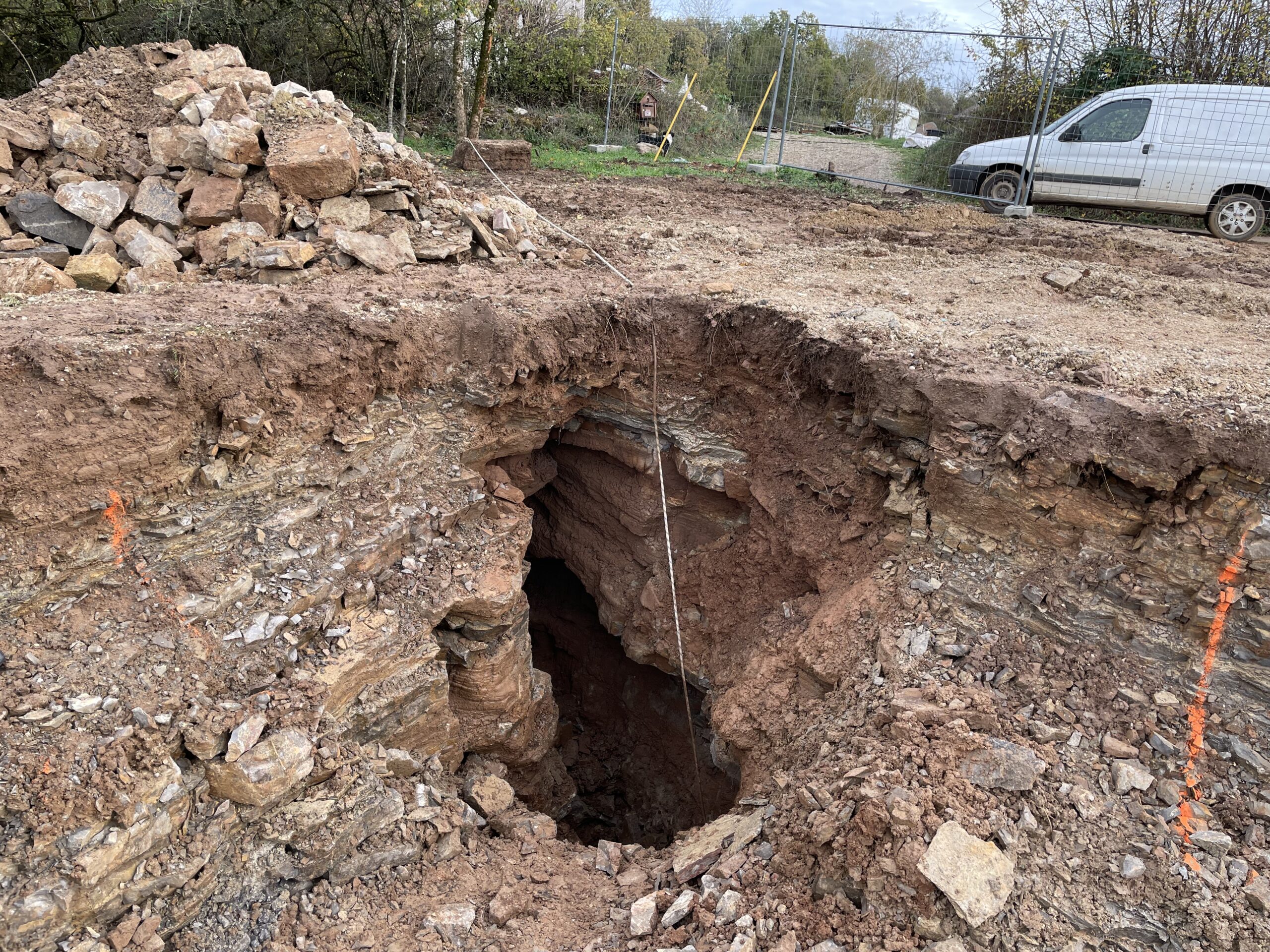