Well, we’ve just done the preliminary packing, for a relatively early departure from New Orleans to Chicago, on to Heathrow, and then into Toulouse. We’ll leave the hotel here about 09.30 Sat and be home about 18.00 Sunday. A long trip.
We haven’t done as much here as we would have liked, but I’m still a bit under the weather.
I did find an old fashioned barber this morning for a wet shave, and when I asked how much, he just said “you sit in the chair, it costs you 20 bucks”. And so I had the shave, beard trim et al, and considered a Brazilian at that price, but not in the window, and not with a cut throat razor!
And now, some general reflections on the trip.
We’ve had a blast, and Lou’s enjoyed it far more than she ever imagined. People are very friendly, and it seems to be sincere, other than in a service environment, at times. Although “How y’all doin'” can get a bit wearing, but that seems to be the norm to the north of New Orleans.
We’ve both learned lots more about popular music, in its many guises, and heard some great live music.
But the food! It’s a 24/7 food culture, with an all pervading smell, usually sugary, rather than savoury. And the mixture on one plate is truly bizarre to a European, with honey on everything, yes really, everything.
There’s very little lamb or duck, it’s beef, pork or chicken/turkey.
An example of a New Orleans snack is crispy Brussels sprouts, with miso sauce and toasted almonds. Say no more.
And it shows in the people, who are either fit or fat, and the fat are easily outweighing the fit (sorry!), especially outside of New York and Chicago. Be careful where you park your bike.
It’s also a TV/sports obsessed nation. We’ve not turned on a single TV during our visit, and yet have seen more TV here in a month than we’ll see in a year at home. They are everywhere.
And the tipping policy is again quite bizarre in our culture. It cost me $10 from the hotel door to our room. You don’t mind when they’re lugging very heavy suitcases, but sometimes it’s silly. And independent to the level of service provided.
Obviously, we’ve been influenced by the people to whom we’ve talked, the museums that we’ve visited etc, but some things do stand out. As Mark explained, if a building downtown (city centre) is empty, you have to still pay taxes, and so quite often they are simply demolished. This gradually leads to an almost post-apocolyptal scenario, which can feel, rather than be, quite threatening. We saw this in Louisville, Nashville, Memphis, Clarksdale etc, with vast parking lots & buildings dotted about. Slowly, cities are trying to rejuvenate downtown areas, but it’s a long, slow process.
The Interstate road network is stunning and driving is pretty straightforward, and the links into the cities are excellent. But they seem to have been ruthlessly built at the expense of the poorer areas and to have displaced/ghetto-ised the blacks. Equally, using local taxes to fund local education means that the rich areas have good schools and the poor areas suffer, which only reinforces poverty and lack of opportunity. Whatever great steps have been taken, there’s clearly lots of secondary discrimination here.
OK, off the soapbox. For our French friends reading this, we were delighted to hear that New Orleans is trying hard to rediscover its very French origins, and has reopened schools who teach in French as their primary language. Although apparently, it’s Parisian French, not Occitan French, nor Cajun, Creole French.
Anyway, we’re off now to cruise the Mississippi on our last evening, aboard a real old paddle steamer.
Keep on rocking!

We have had a morning of pampering. Doug went out to find a barber for a wet shave—apparently closing his eyes in case the barber was using a cut-throat razor! Mine was more infinitely more pleasurable, a manicure followed by a pedicure. My finger nails are always at their best at the end of a holiday. I don’t know how long this will last once household chores & gardening come into the equation again.

After lunch we have packed our bags ready for the off tomorrow & our marathon trek home. Tonight, however, we have one last treat in store. We are going on a paddle steamer (the genuine article it seems) for a 2hr Jazz cruise along  the Mississippi. Along with the Jazz there will be a buffet table & drinks to sooth us along.

We went out tonight heading for Bourbon St, which is where it all happens. It is always busy during the day,together with Royal St which runs parallel, but at night it is positively jumping. Obviously all the tourist flock here to promenade, eat & drink. We hit on a bar where the music was just starting, a live group playing blues & they were good. Afterwards we slowly walked back to our hotel but were struck by the number of sex joints, something we haven’t really seen in prudish America. Some of the advertising made me laugh e.g. ‘Real Drag Queens’—-oxymoron or what!!!

There is an Italian restaurant in the entrance to our hotel so we had a pizza. All the wines by the glass were listed by name & grape & were Italian & the waiter had a puzzled look when I asked if any of them were Sicilian. Not sure he knew where Sicily was.

Last day tomorrow, packing to do. 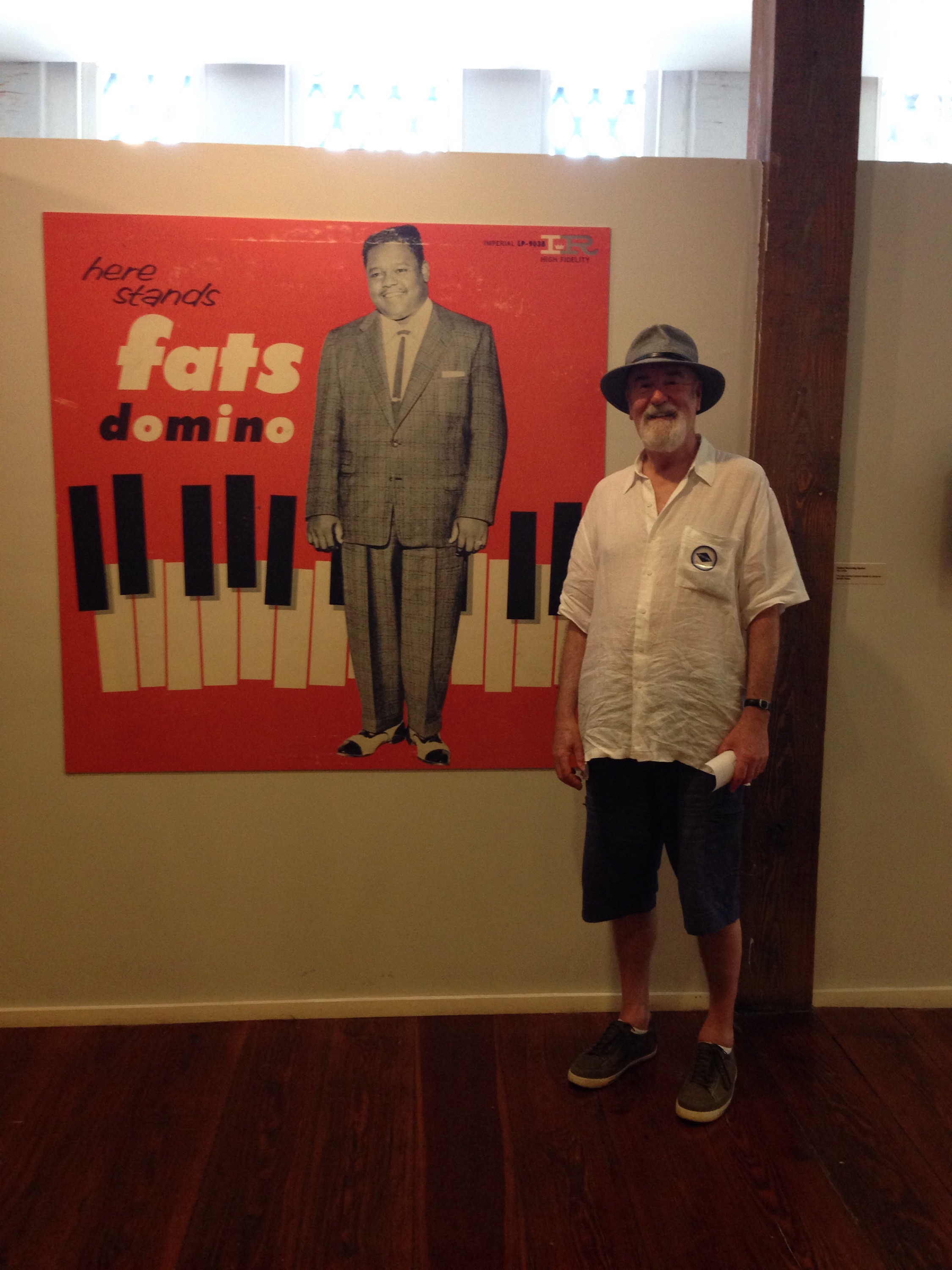