I was beginning to think that we may not get to see too much of New Orleans!
On the drive down from Natchez, all the in & out of air-con, humidity and sleeping without open windows finally got to my throat. That, plus the trip to the medical drop-in centre, coupled with some pretty fierce storms, was meaning that we weren’t getting out and about as we’d hoped. Last night, I slept a full 12 hours & didn’t feel much better this morning. But we went on the walking tour of The French Quarter at lunchtime, and it was very good. At least now I feel as though we’ve arrived in New Orleans, and that there’s far more to it than Bourbon Street.
I’ve got the Satchmo voice now, ironically! What a wonderful world.
I’ll keep taking the pills and we’ll see what happens.
And the museum where we ended the tour had a little section on rocn’n’roll and Fats Domino, which brought the trip to a suitable end. And now for some jazz tonight. 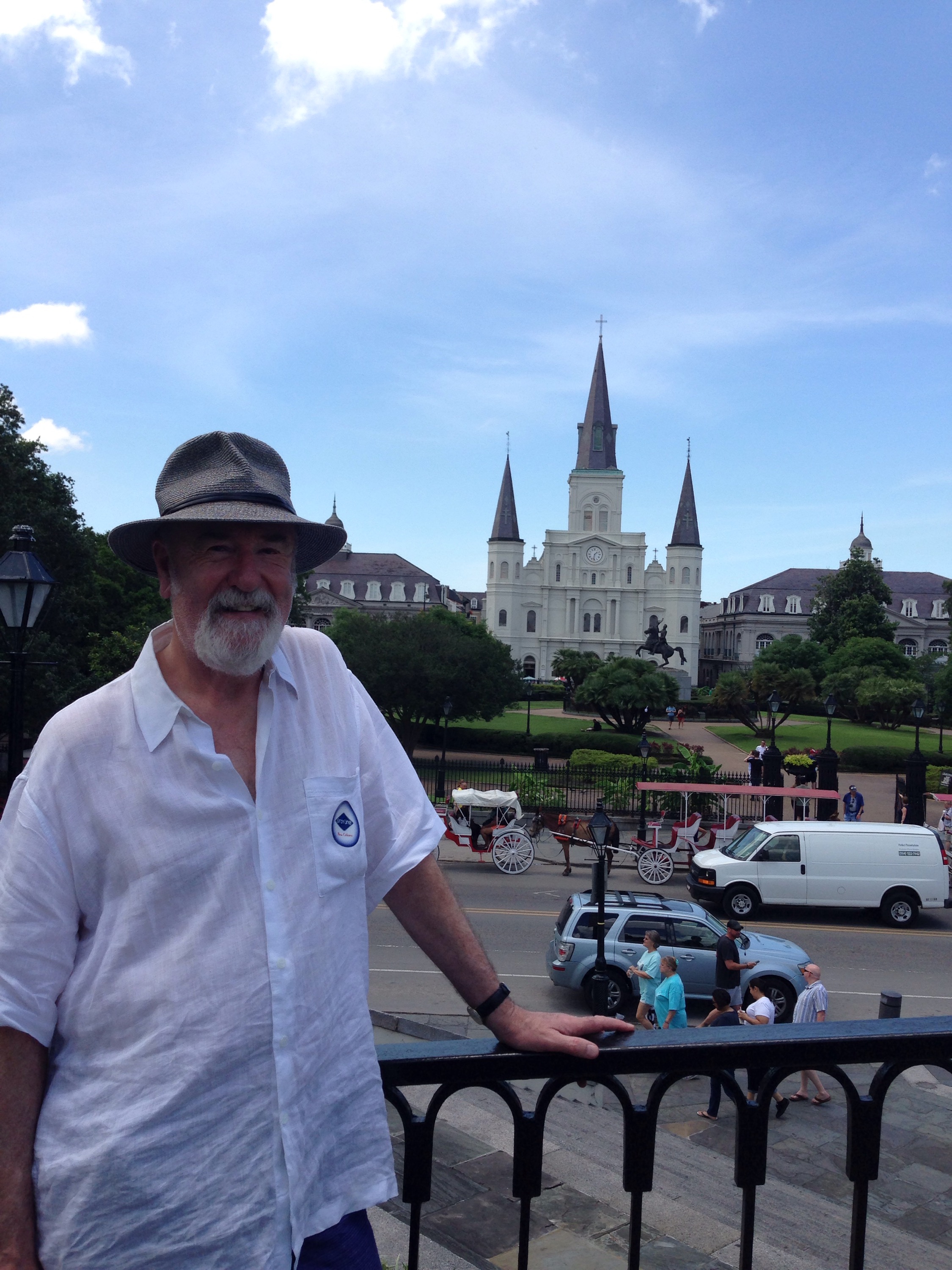 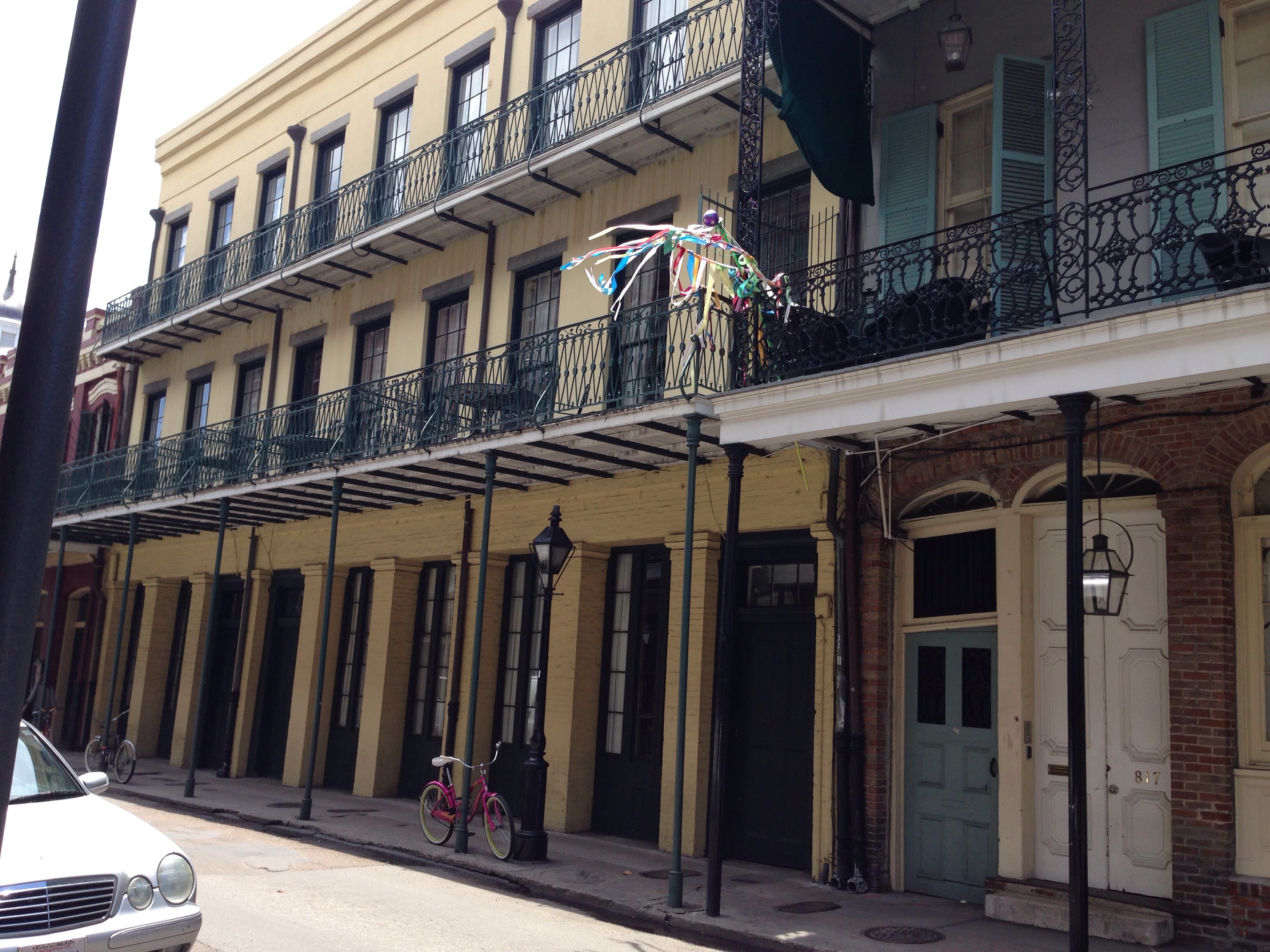 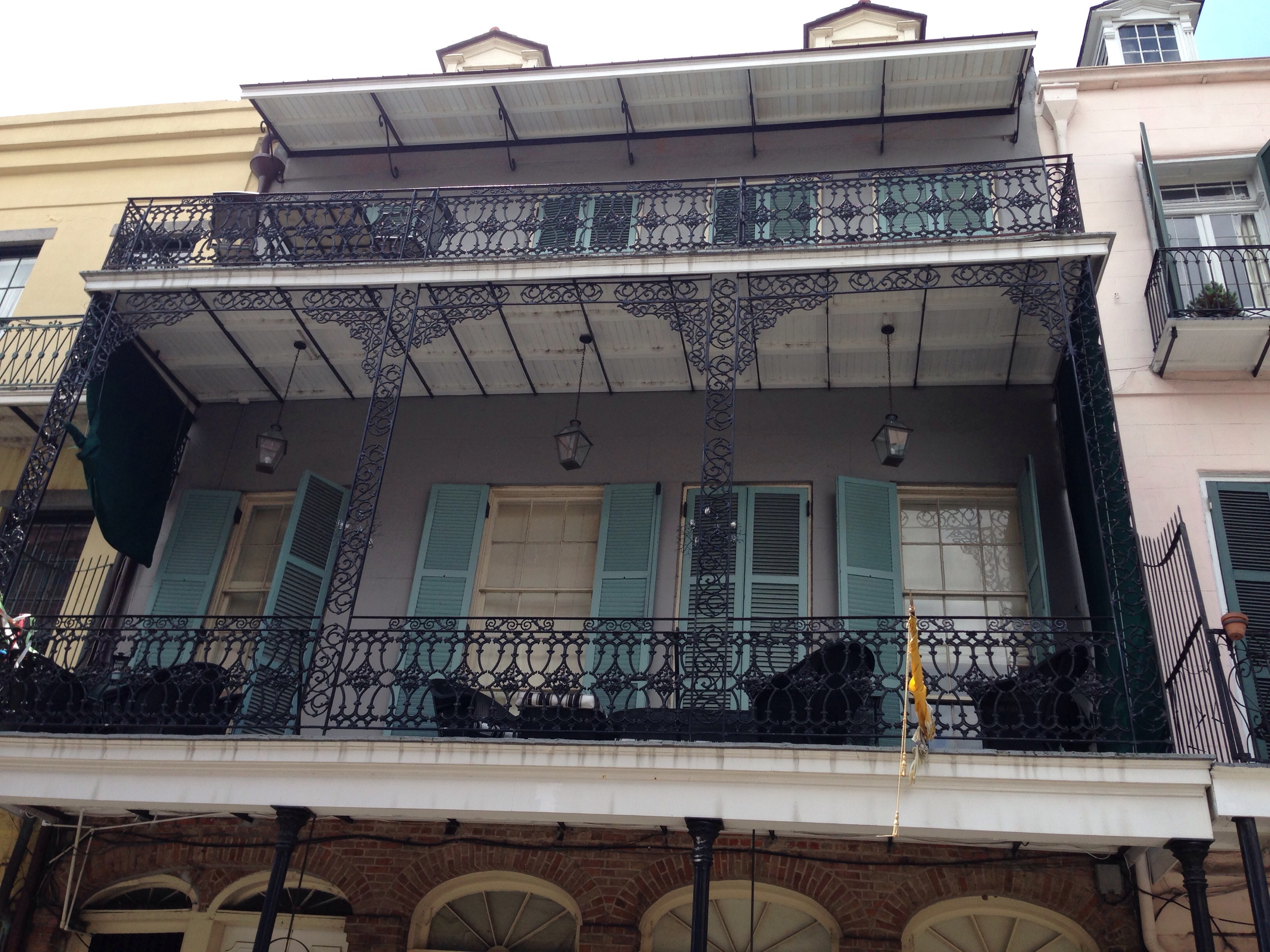 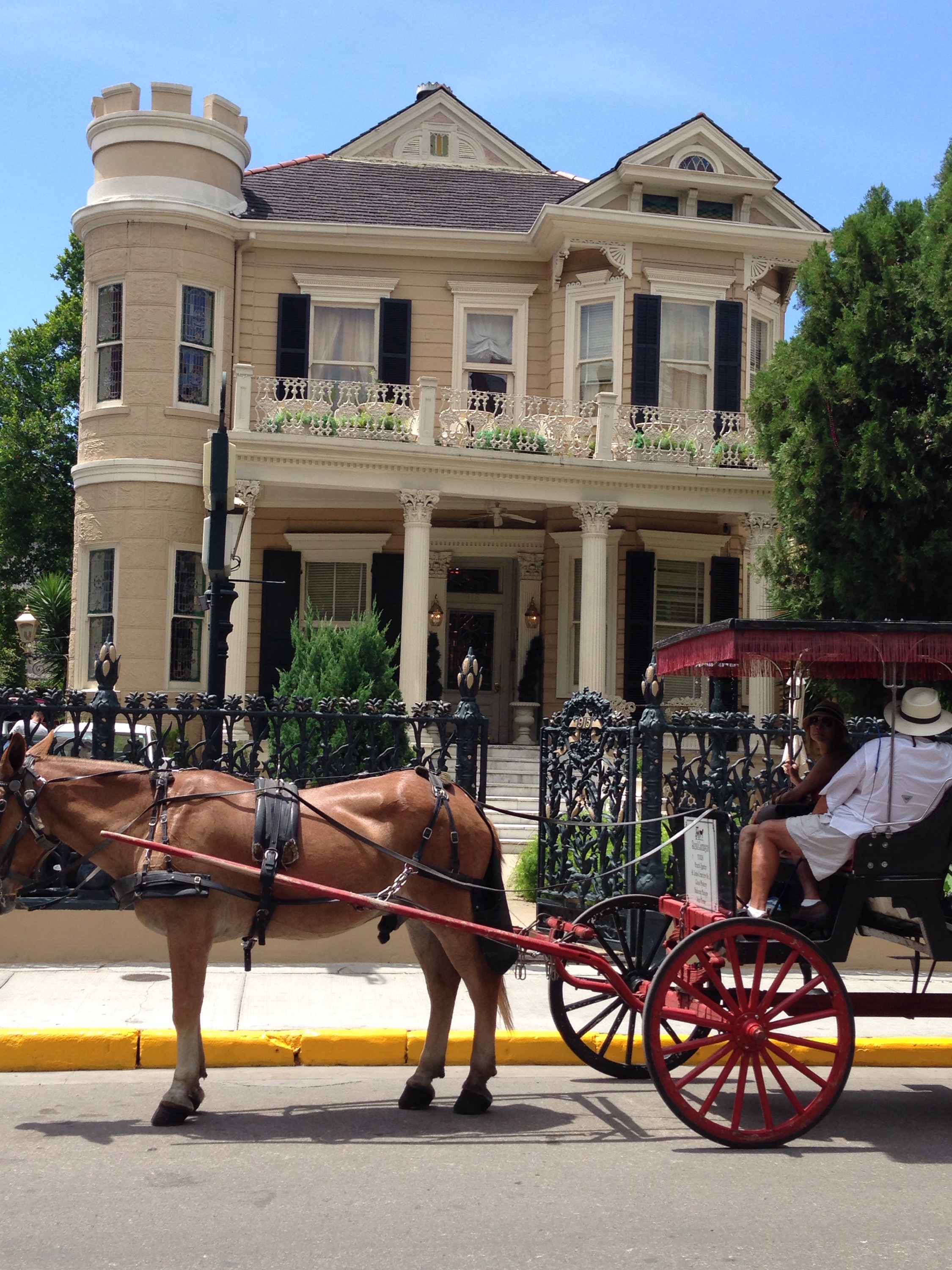 I had to publish the first bit ‘cos our wifi ran out & we had to renew. This is the one & only place that we have had to pay for wifi!!

Katrina—apparently Katrina did not hit the coast as expected at the mouth of the river (all the floodgates were shut) but hit to the East and forced lots of water into the lake to the north of the city. As New Orleans is built on swamps, which are pumped out into this lake, it is an area that has hundreds of drainage ditches. The flooding occurred when the volume of water became too great & the drainage system ditch walls collapsed and 80 to 90% of the city was flooded. And they were unable to pump the water out until all the walls were repaired. The French Quarter was not under water but our hotel which is on the other side of the main road, Canal St, was. It was really interesting to hear the story from a local but must have been horrendous to go through.

Libby showed us buildings of architectural interest & gave us the stories behind them. General Andrew Jackson (later President Jackson) was a local hero since it was he who was responsible for the defeat of the British. Napoleon sold the territory to America when he was a bit short of cash but the French legacy lives on in many of the street names & architectural styles. French toast is a popular dish here (have never seen it in France) as are beignets & there is a café which makes & sells only beignets & café crème. We could actually see the production & cooking of said doughnuts & the café was full of people consuming them.

There are some beautiful buildings & some of the balconies are very attractive. After the tour we managed to find one such balcony for a bit of light refreshment. I will post some photos from today.

We walked down to the river after a very late breakfast to get our tickets for the walking tour & meet our guide. We were a small group (8) & it turns out we had a great guide, Libby. She was born & bred here & her family have been here for several generations. She is a history buff & started off by giving us a history of New Orleans & all the exploits & wars that led to it being the place it is today. It was a story of Indian, French, British & Spanish heritage together with trade of sugar & cotton. The creole tradition is local but the Cajun people originated in what is now Nova Scotia (Arcadia at the time) in Canada.

We then started our walk, finding the shade at all times ‘cos today is very hot & the forecasted rain did not materialise.  She showed us the flood gates that are closed in the event of a storm swell blowing up the river from the Gulf of Mexico. This led on to the inevitable discussion about Hurricane Katrina, 10 yrs ago.

In the end, last night, we gave up on our Ceole experience as Doug was not feeling the best. We settled for a simple salad instead & then had an early night. Doug fell asleep straight away & I was able to do some reading—something we haven’t had much time for during the holiday.

Today is another day & hopefully weather & Doug permitting we will do our walking tour of the French Quarter this afternoon.